Artichoke has been planted 17 times by Growstuff members.

The globe artichoke is a variety of a species of thistle cultivated as a food. The budding artichoke flower-head is the edible part of the plant. It is a cluster of many budding small flowers (known as an "inflorescence") and bracts on an edible base. Once the buds bloom the head becomes coarse and barely edible. Artichokes are perennials in Zone 7 and warmer. They normally produce edible flower-heads during their second year, but recent cultivars such as 'Imperial Star' have been bred to produce in the first year. Other cultivars, such as 'Northern Star', have been bred to overwinter in more northern climates. There are green and purple varieties of artichoke. They are often steamed, sautéed or braised, but can also be eaten raw. 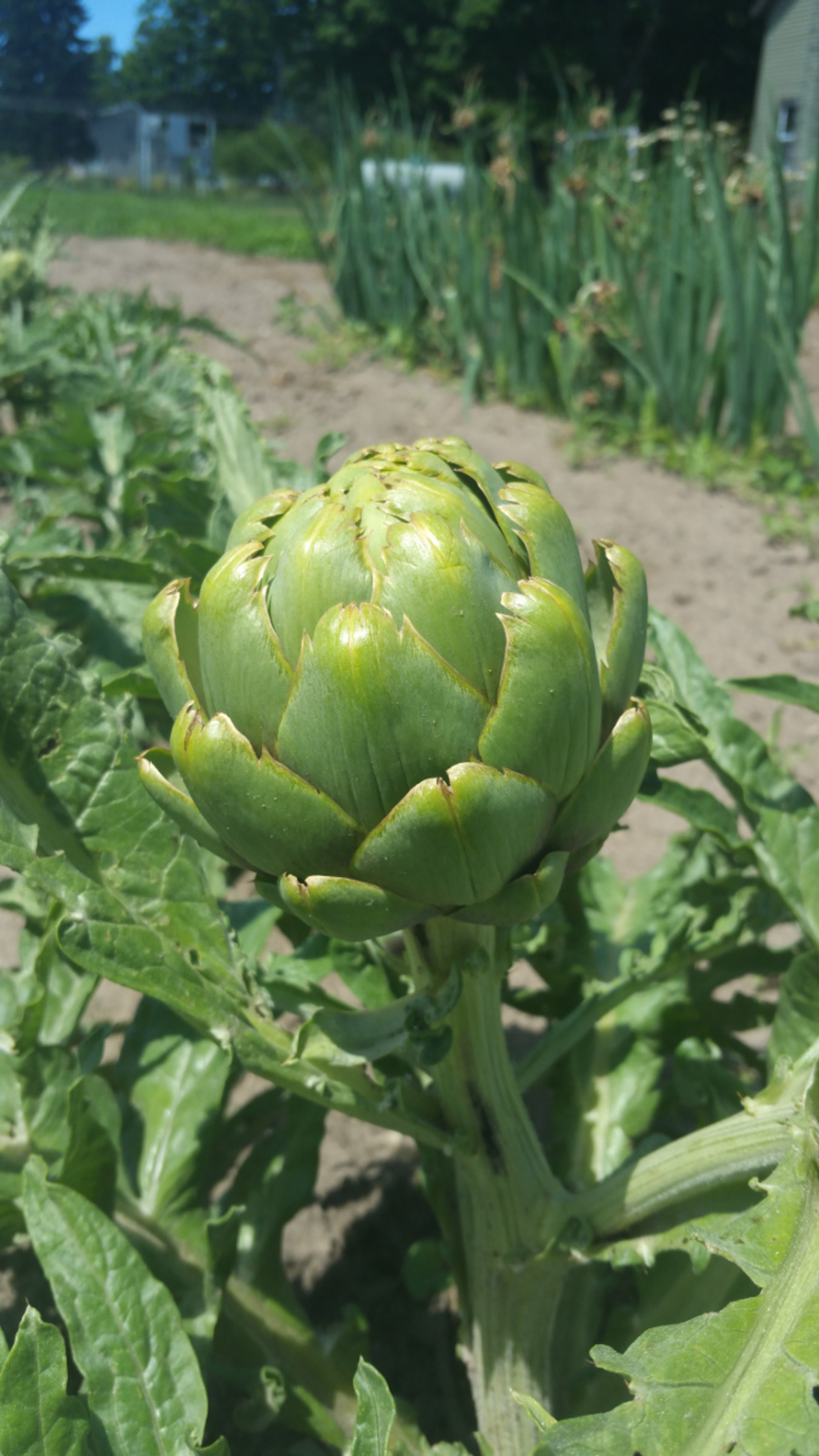 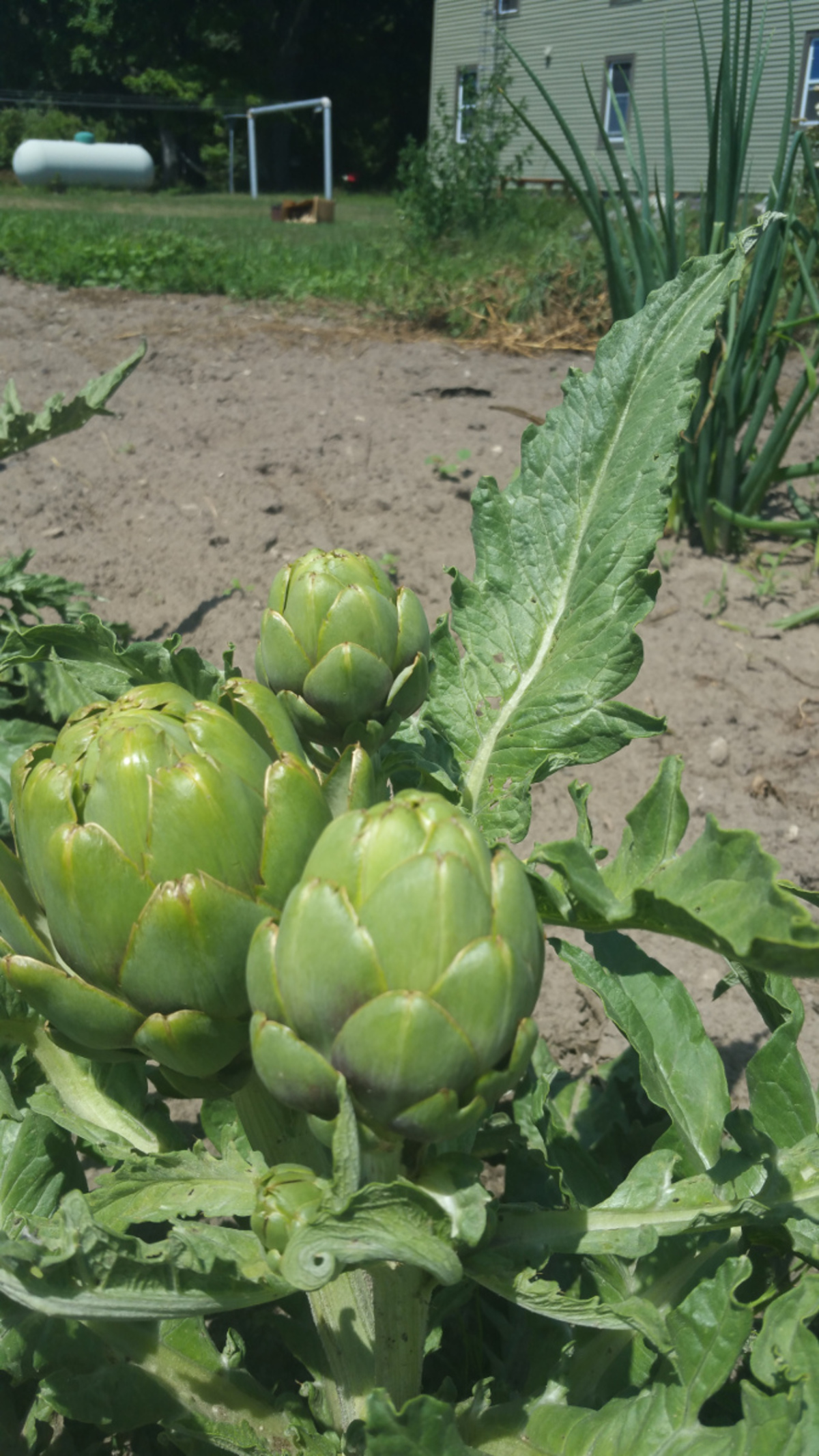 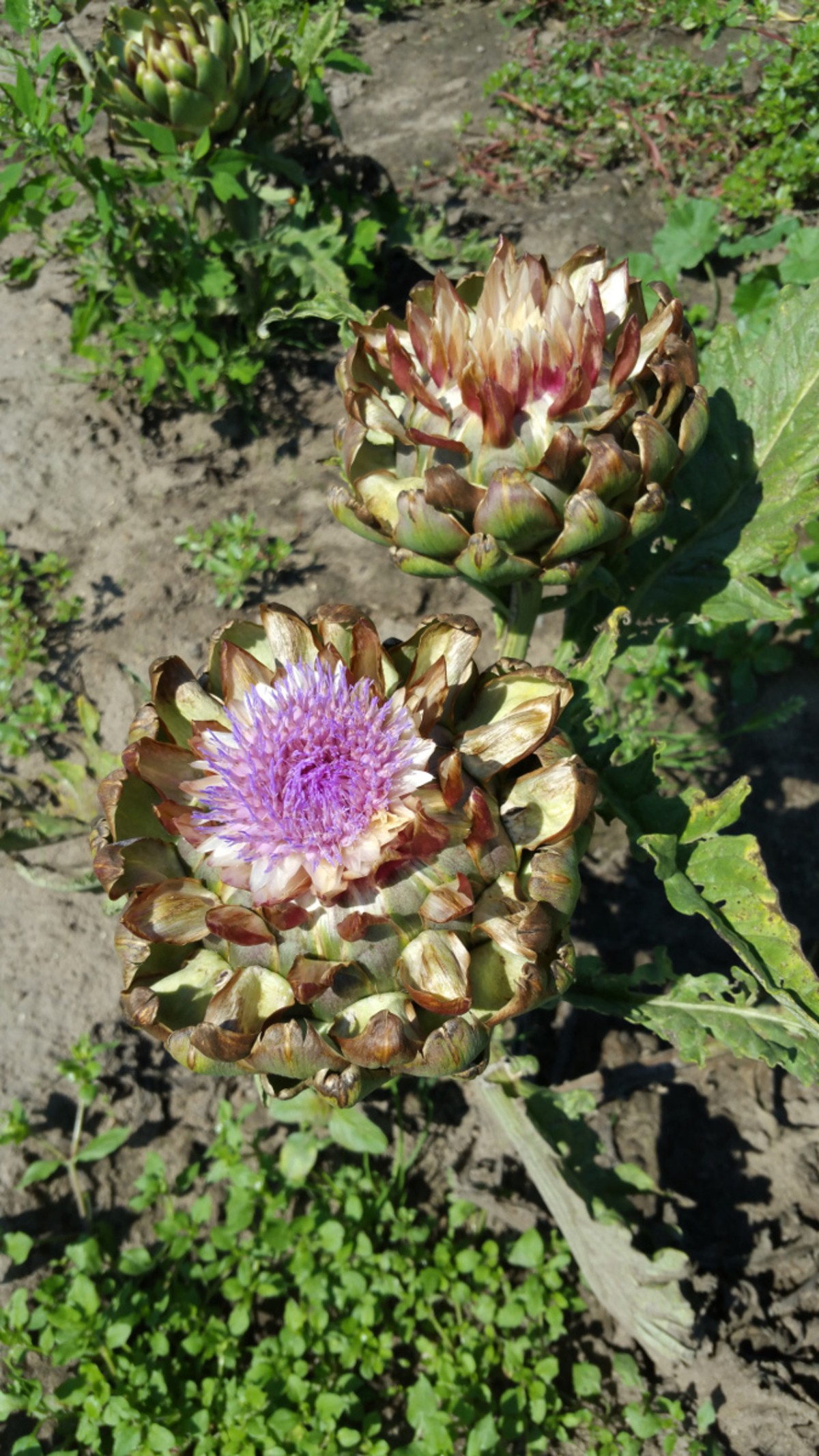 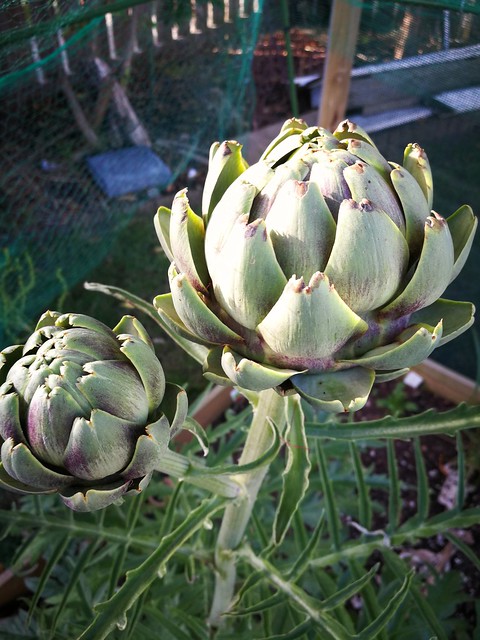 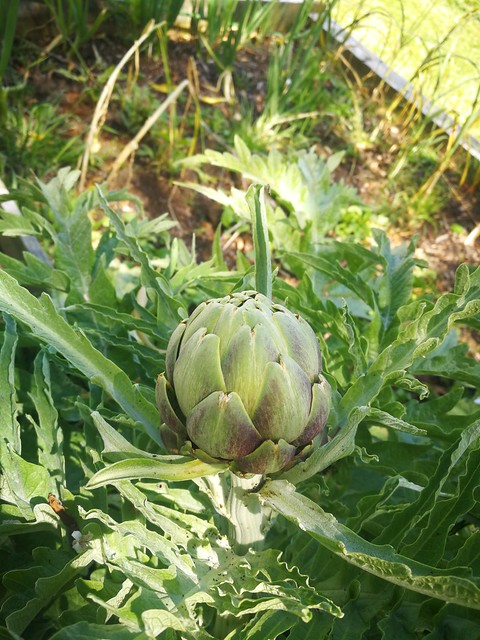 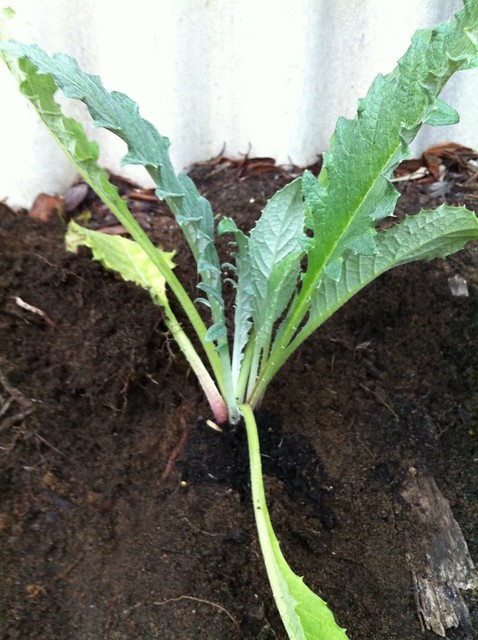 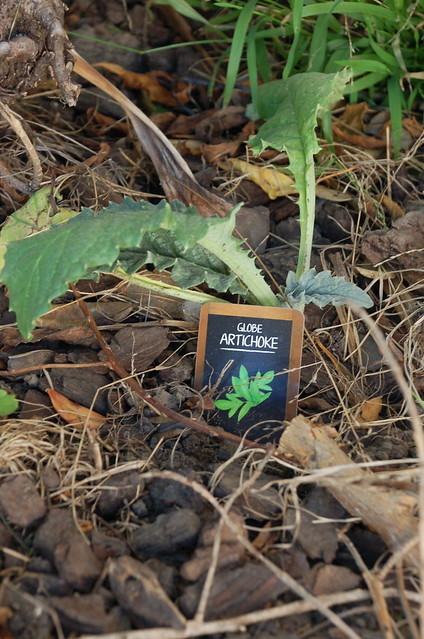 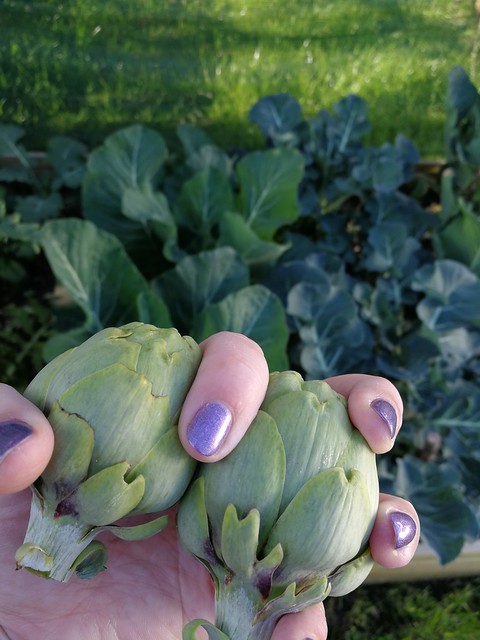 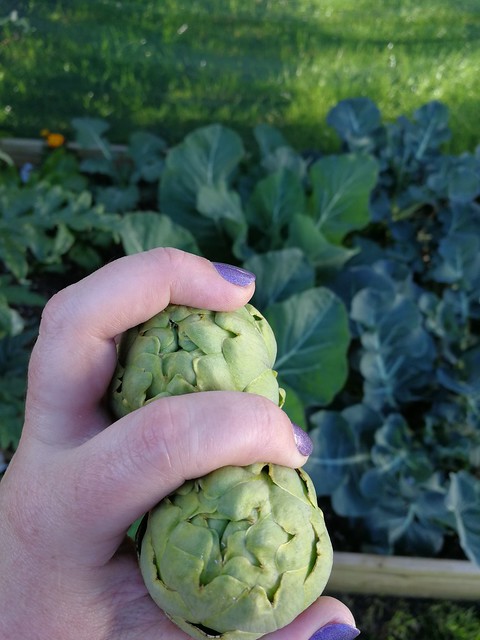 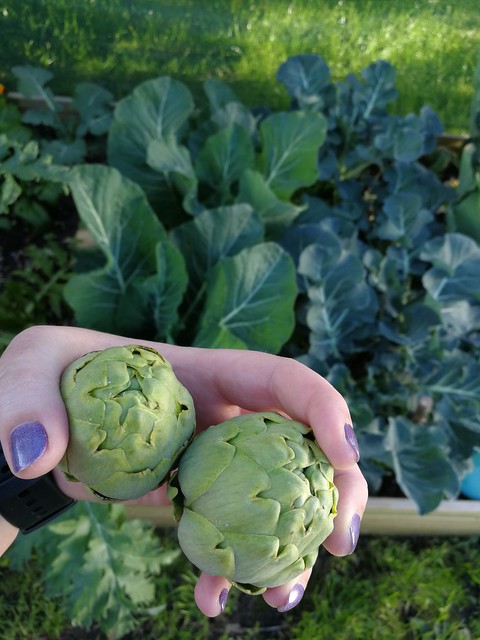 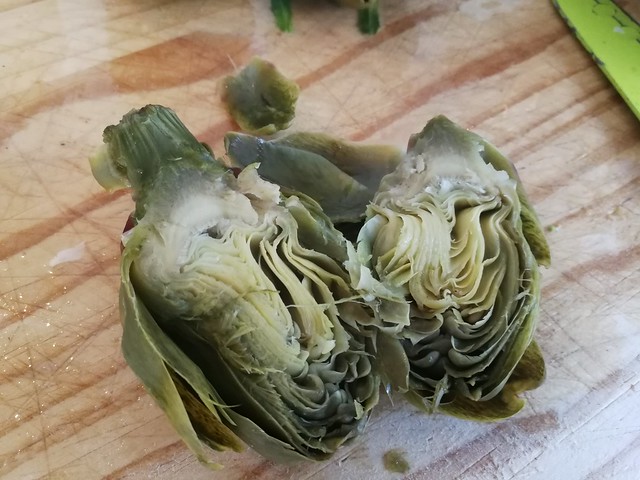 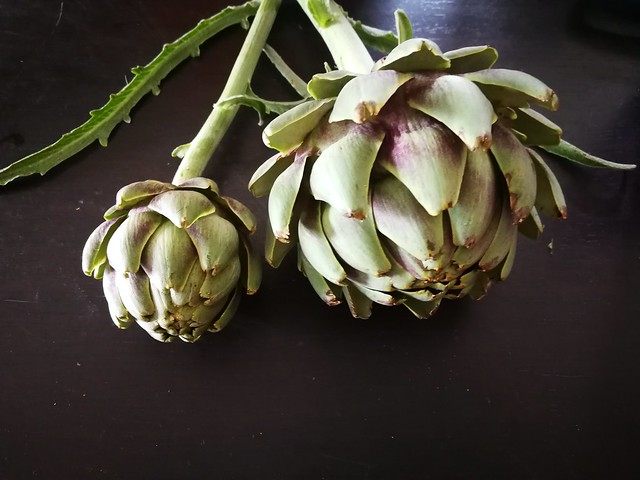 What people are saying about artichokes 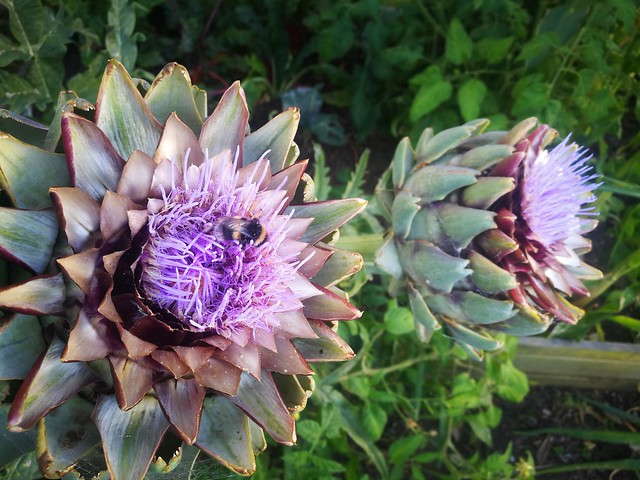 the bumble bee appreciates this artichoke

I left two artichokes, to see how big they'd get. Well, they are enormous. This bumblebee really appreciated them and spent about half an hour feasting on the nectar. ![Bumblebee in artichoke flower](https://live.staticflickr.com/65535/49520173607_7584c60f9f_b.jpg) [artichoke](crop)

We've been rock and rolling with 7.7 Earthquake at midnight and i lost count of how many 6-pointer aftershocks - and a tsunami evacuation. Super tired, this morning we went home for about 90 minutes sleep - and then went looking for something normal (instead of our wavy shaken up house). Scho...

This weekend I had two full days to really focus on the yard, and I made the most of it. With the intermittent help of several others over the course of the weekend, I got both easement planter boxes filled with compost and soil, cleaned up and weeded the alley, got the stump pulled from the coni...

I had the first tiny strawberry of the season today! I'm looking forward to many more. Also, I transplanted a lot of seedlings into the community garden today: 2 [cucumber](crop)s, 3 [green bean](crop)s, 2 tongue-of-fire beans, an ornamental [sweet potato](crop), and an [artichoke](crop). I...

How to grow artichokes