Harvest months: We need more data on this crop in your latitude. There's not enough info yet to predict harvests. in New Hampshire, USA

View other plantings, members and more near New Hampshire, USA

moved this from the middle of the yard (which was previously a 100X50 vegetable garden allowed to go to weed by former homeowners, but the chives survived. It would tolerate me mowing it down, and making the neighborhood smell like onions, and keep growing till I had a better spot to put it)

I'm still picking grass out which is intertwined with the root ball, but it is as hearty as ever. 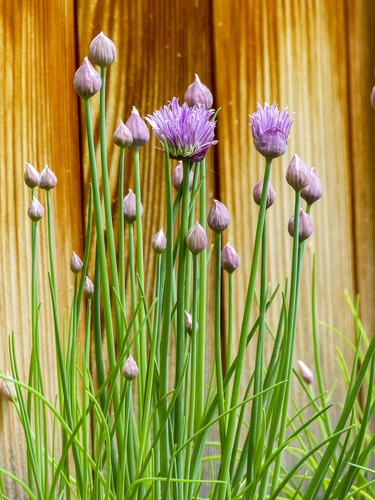 planted by annaoj in Columbus, OH

planted by jok in Surrey UK

advanced plants planted by krh in hillsboro, or

Other chives plantings at the same latitude