How to sow durian: Transplant wedge or bud-grafted sapling

Durian are large, evergreen tropical trees in the Durian genus and Malvaceae family that are grown for their fruit, which is also called Durian. The genus contains 30 species, 9 of which produce edible fruit. They are native to the equatorial tropics, and grow within 23° north or south of the equator. They are extremely cold-sensitive and require temperatures consistently between 24-30°C. Temperatures below 7°C will kill them. Durians require 75-90% humidity, an annual rainfall of 1600-4000mm, and soil with good drainage. They can grow to heights of 12-45 meters, but have a shallow root system and are susceptible to wind. The oblong or round fruit have a thorny, green to brown husk and can be up to 30cm long and 15cm in diameter and weigh 1-3 kilograms. They resemble jackfruit, which is an unrelated species. The flesh inside is pale yellow to red and has a powerful aroma that some find sweet while others describe as smelling like raw sewage or turpentine. The discrepancy in flavor perception is compounded by the fact that durians from different species have different aromas. The flesh can be eaten raw or used to flavor sweets like ice cream, cake, and beverages. The young leaves and shoots can be cooked as greens, and the flower petals are edible. Durians flower once or twice a year, producing large, feathery flowers with a buttery, sour scent that are pollinated by bats, birds, spiderhunters, and giant honey bees. Fruit take 3 months to mature after pollination. Durians are often propagated through grafting and start to bear fruit in 4-5 years. Genome sequencing has revealed that Durian’s closest earliest ancestor is the cacao plant. 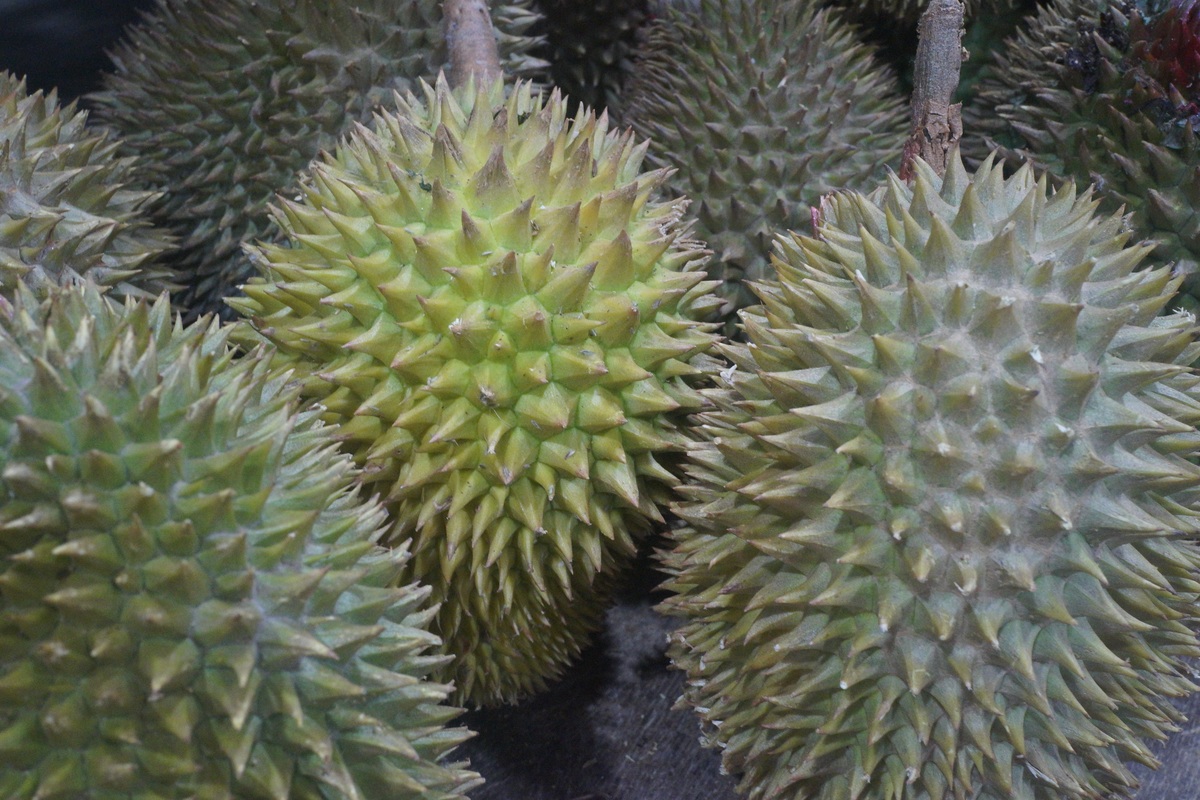 What people are saying about durians

Nobody has posted about durians yet.

How to grow durians