(One emojii = 1 week)
Harvest months: We need more data on this crop in your latitude. There's not enough info yet to predict harvests. in Mountain View, CA

2013-10-07: Picked and pureed the last of the ripe peppers. The plant is still growing new peppers and flowering, but it is also shedding leaves.

2013-12-28: Retired (so we could reuse the pot). The plants had another dozen peppers still on them, in varying stages of ripeness. 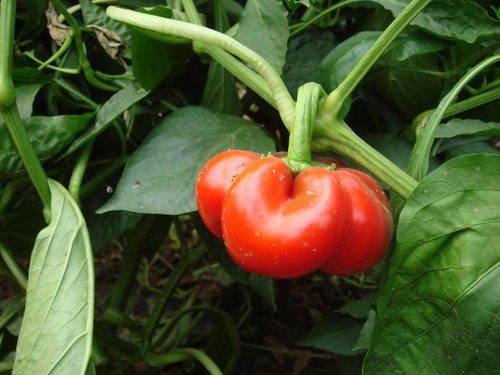 planted by meghan in Pittsburgh, PA

Other bell pepper plantings at the same latitude