Harvest months: We need more data on this crop in your latitude. There's not enough info yet to predict harvests. in Santa Clarita, CA

View other plantings, members and more near Santa Clarita, CA

UPDATE: The rootstock lives! I can't believe it recovered because when the tree died I stopped watering. It put out a very vigorous shoot, and I intend to either let it grow as a crabapple tree, or re-graft. It also put out a sucker, which I planted in a pot and it rooted.

UPDATE: Died to the rootstock during the hot spell last year.

EDIT: Fair number of blooms this year (2014). Doubt I'll get fruit this year though nothing's impossible. Two of the grafts seem to have died, but the other three are looking good.

Not actually sure the exact planting date, sometime in January. Part of the new orchard! Apple "fruit salad" tree. It leafed out and has had 1 bloom (of course I don't expect fruit this year). I'm trying to decide, should I fertilize this year or wait until next year? I did mulch with compost/aged manure. 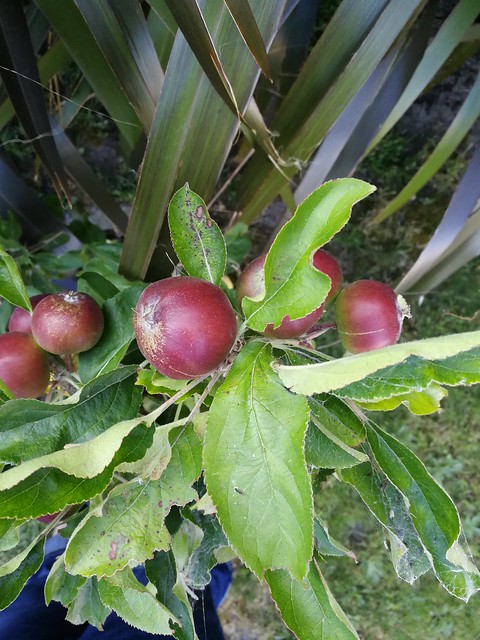 Other apple plantings at the same latitude