Jerusalem Artichoke has been planted 8 times by Growstuff members.

The Jerusalem Artichoke, or Sunchoke, is a herbaceous perennial plant in the Helianthus genus, which also includes sunflowers. It is native to North America and was a food source for indigenous peoples before the arrival of European colonizers. The plant is grown for its edible tuber, which is used as a root vegetable. Tubers vary in shape, size, and color depending on the variety, but generally resemble a lumpy, uneven ginger root 7.5-10cm long. Skin can be pale brown, white, red, or purple. Above ground, the plant resembles a sunflower, with a tall, hollow stem, yellow ray flowers 5-10cm in diameter, and rough, hairy leaves that are smaller higher up the stem. Jerusalem Artichoke is propagated by planting tuber pieces and benefits from heavy mulching. To focus the plant's energy on tubers rather than seed, remove the flowers. Harvest after the first frost. Plants can become invasive because they can propagate from even a small piece of tuber left in the soil. Jerusalem Artichoke is not a type of artichoke, but does taste like one. It has the texture of a potato, but has a sweeter, nuttier flavor when raw. It can be grated or sliced into salads, or steamed or roasted. Unlike potatoes, Jerusalem Artichokes store their carbohydrates as inulin (not insulin) rather than starch. Inulin cannot be broken down by the human digestive system, so bacteria in the colon metabolize it. This causes some people to experience flatulence or gastric pain after consuming it. It is a folk remedy for diabetes, can be used for pig forage, and makes a good companion plant for closer to the ground crops that benefit from partial shade. 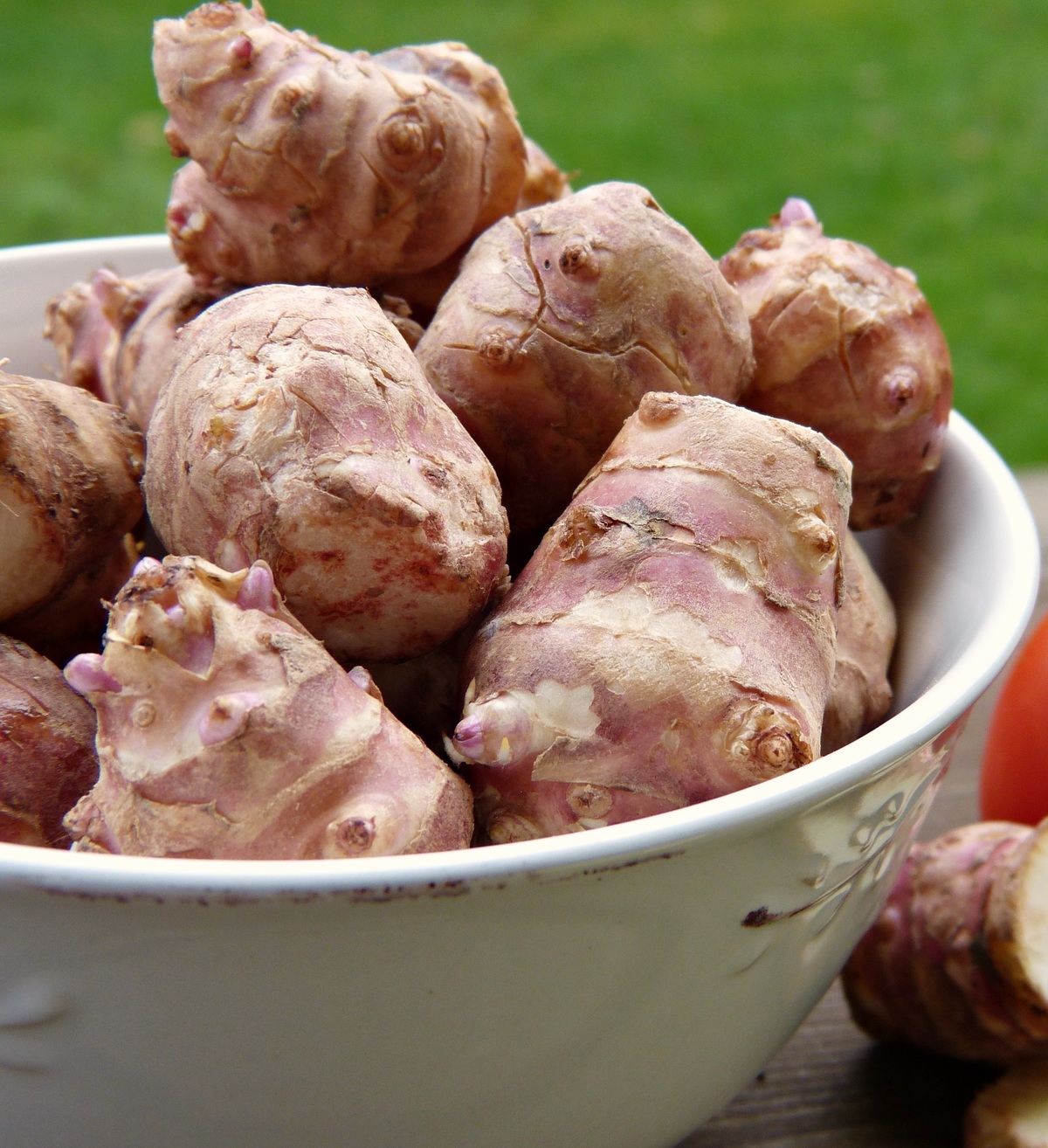 What people are saying about Jerusalem artichokes

Nobody has posted about Jerusalem artichokes yet.

How to grow Jerusalem artichokes