Feijoa has been planted 6 times by Growstuff members.

Feijoa, Pineapple Guava, or Guavasteen, is a perennial, evergreen shrub in the Myrtle (Myrtaceae) family. It is native to the temperate highlands and mountains of Brazil, Paraguay, Uruguay, northern Argentina, and Colombia. Feijoa is grown for it's fruits, which resemble small guavas, and as an ornamental. Feijoas are best planted from grafted saplings (as opposed to starting from seed) and will mature into a sprawling shrub if not pruned. They can also be grown in containers. They will produce fruit within 3-4 years of being transplanted. Most Feijoas are not self-fertile. The bright red flowers require pollination by 2-3 Feijoa trees of another variety nearby. The small fruit are green, ellipsoid, and the size of an egg. They taste like a cross between pineapple, apple, and mint, and have a clear, gelatinous seed pulp at the center surrounded by a firmer, slightly gritty opaque flesh. The fruit is eaten raw or added to smoothies. The edible flower petals can be added to salads. Fruit is best when allowed to ripen on the tree. A tarp or large cloth can be hung around the tree to catch fruit when it falls and prevent bruising. Feijoa requires between 100-200 hours of chilling during the winter and produces tastier fruit at moderate summer temperatures between 25-32°C. Summer temperatures above 32°C can negatively affect fruit set. Feijoa is somewhat drought tolerant. 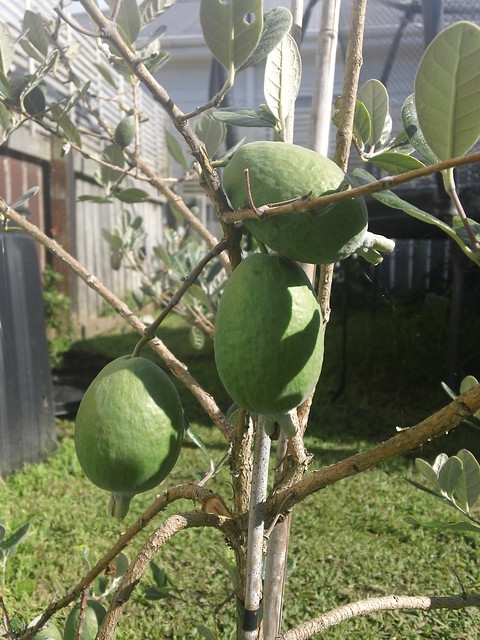 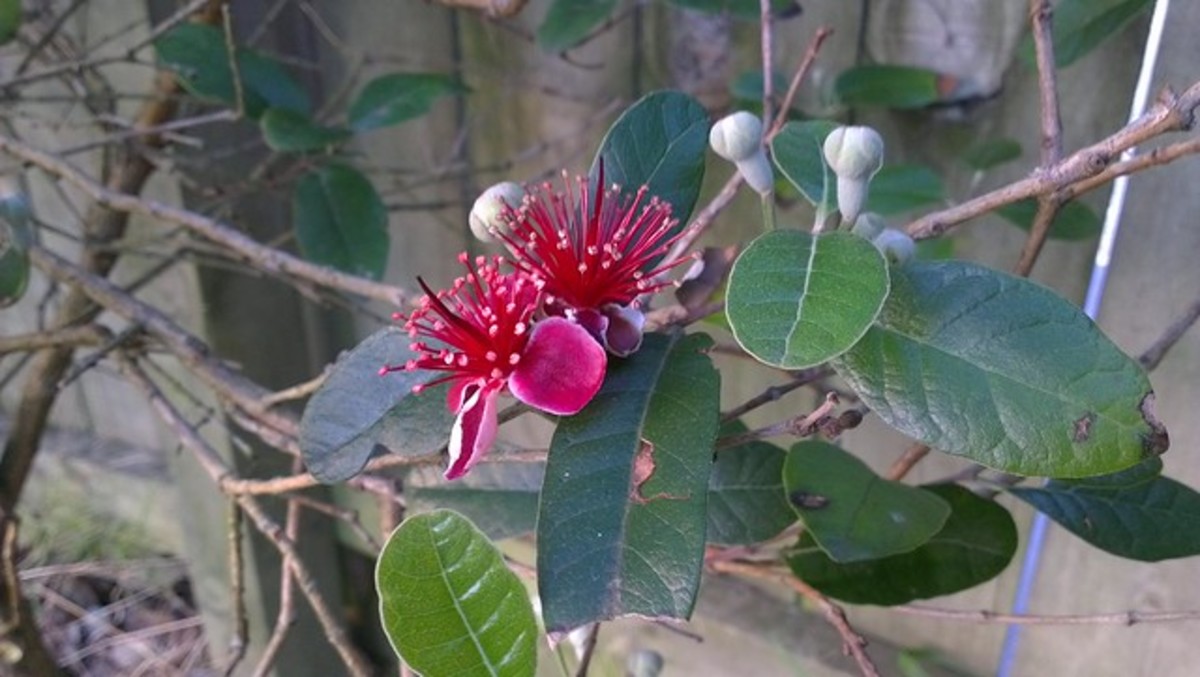 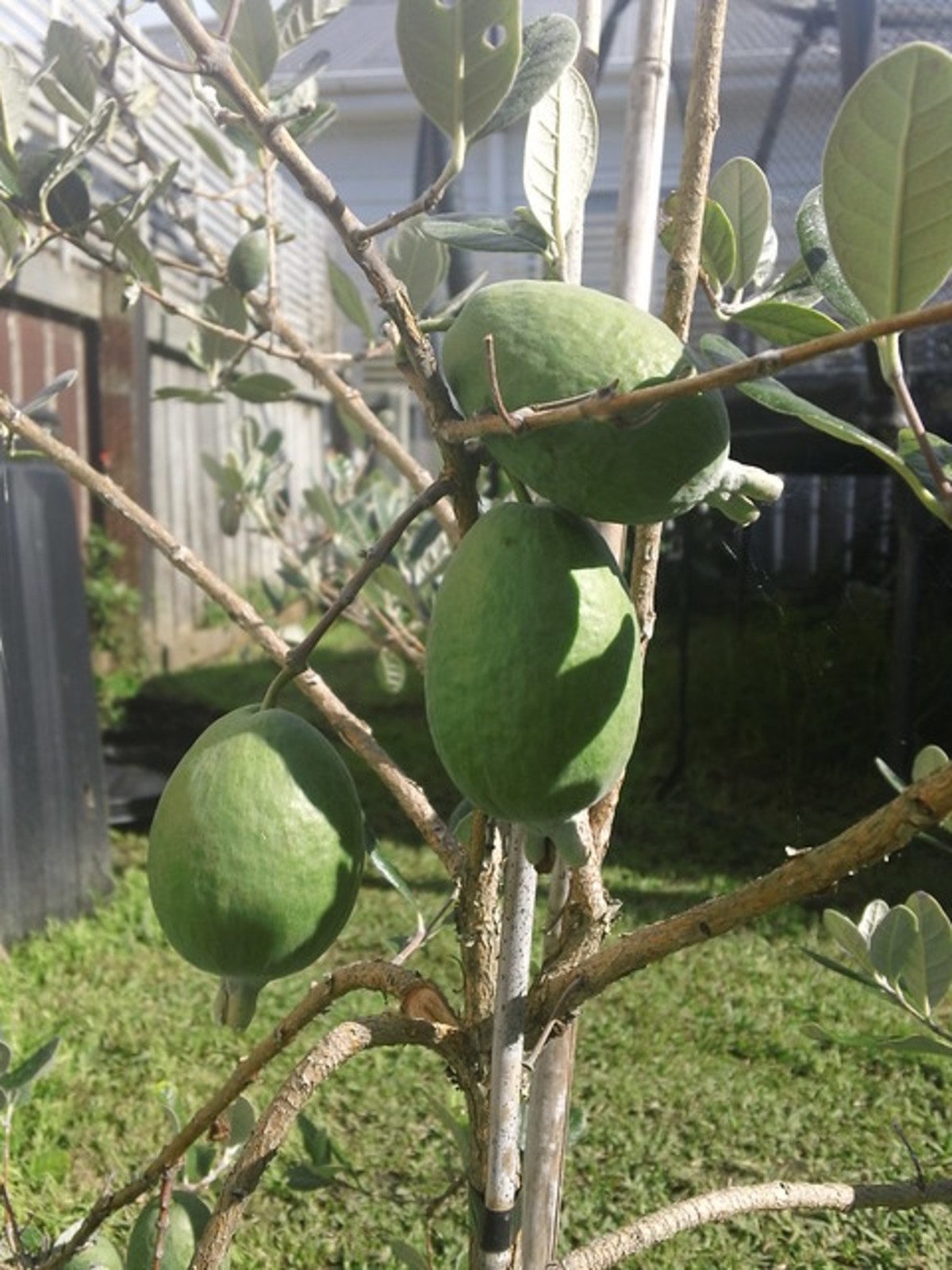 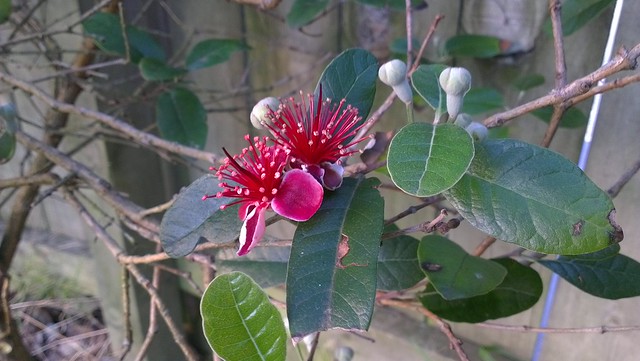 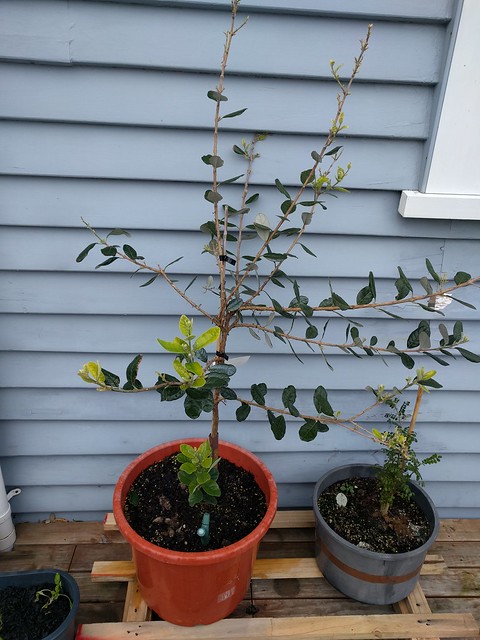 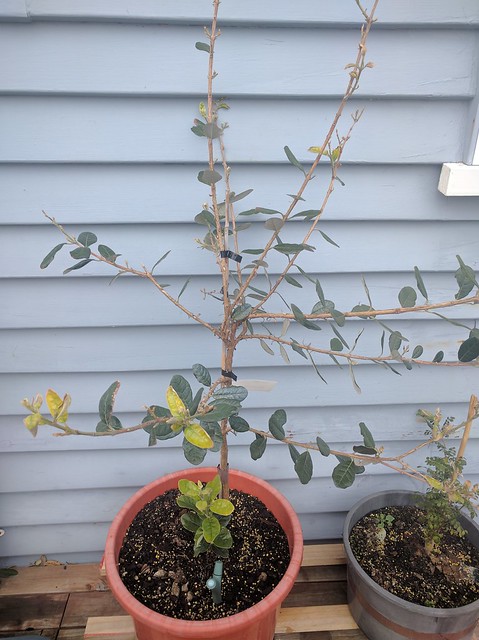 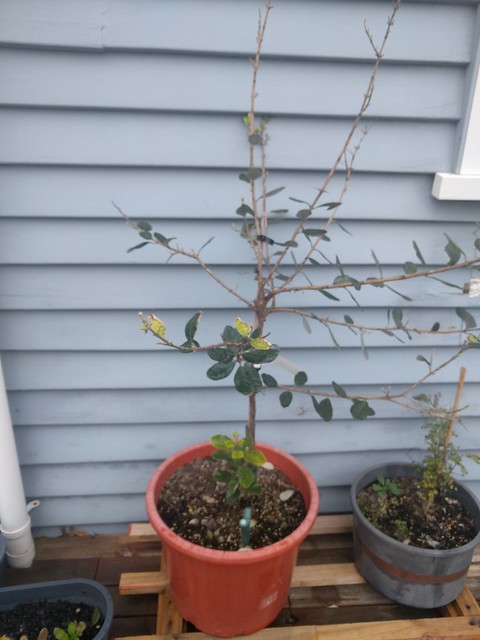 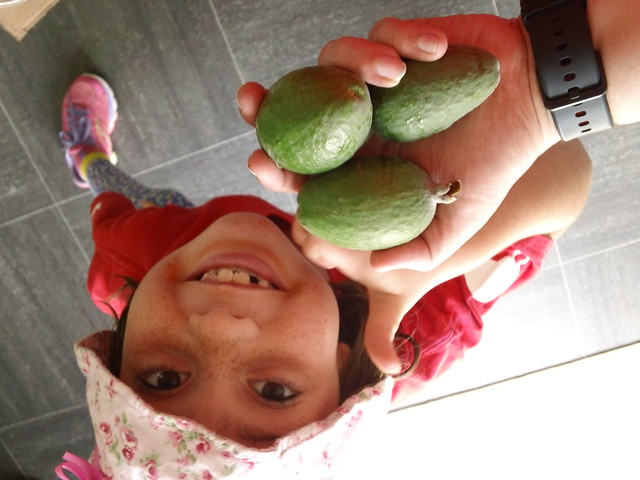 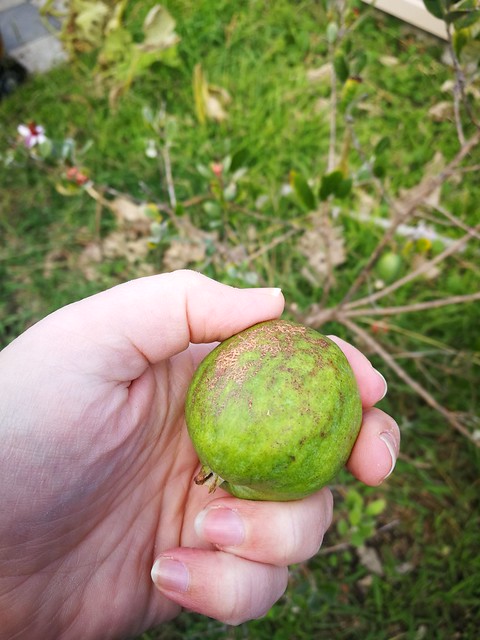 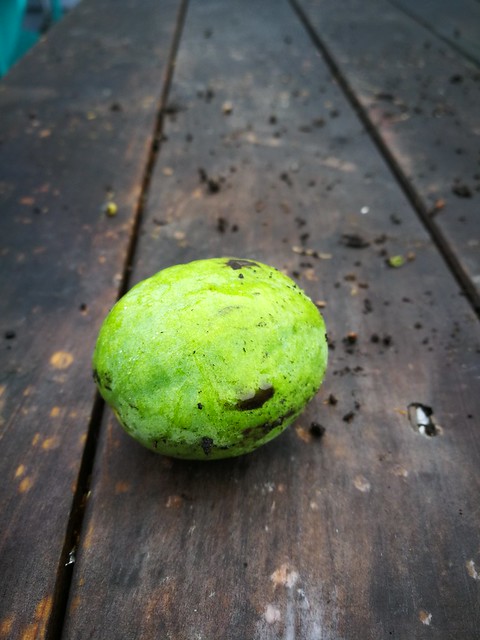 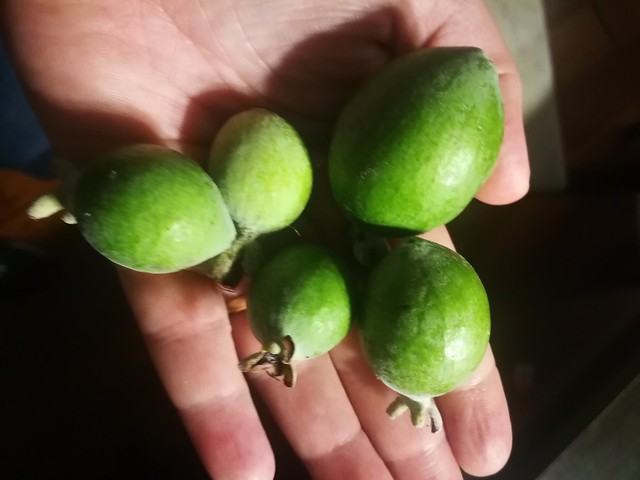 Feijoa harvest this year was tiny

What people are saying about feijoas

Nobody has posted about feijoas yet.

How to grow feijoas